From the early 1860’s, many companies were formed to extract oil from works at locations including Albyn, Greendykes, Hall Farm and Stewartfield.

The Broxburn Oil Company was formed in 1877. The crude oil works was located at Albyn, with the refinery, as shown below, being built at Greendykes: 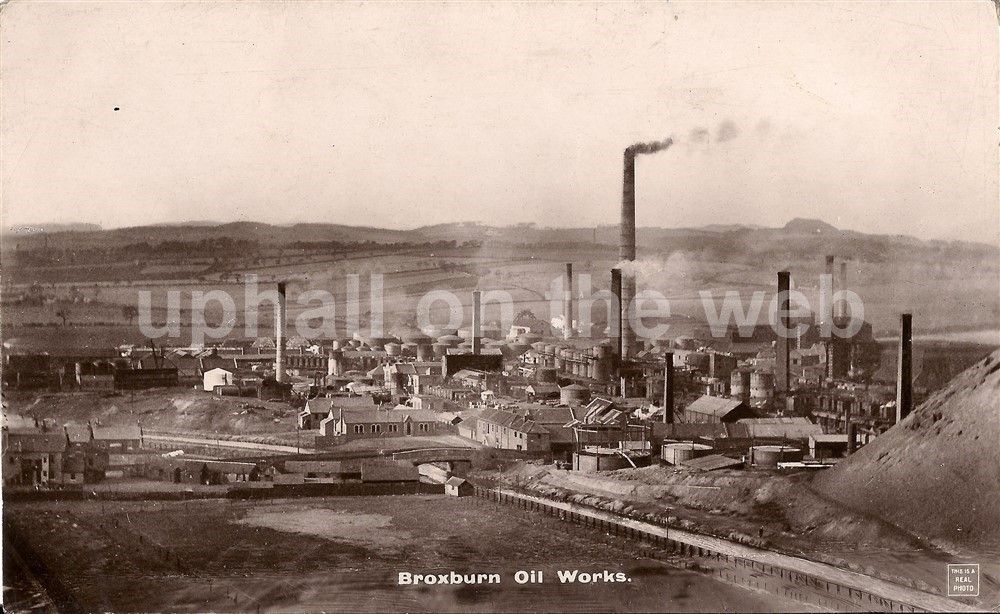 In the early 1880's, they opened a Candleworks facility neaby to produce candles and wax. However, by the mid 1920's, both the crude oil works and refinery had closed.

For detailed information about the shale oil industry in the Broxburn area, please visit: http://www.scottishshale.co.uk/GazWorks/BroxburnOilWorks.html. Additionally, Peter Caldwell's book 'Broxburn Shale - The Rise and Fall of an Industry' (2010) contains a wealth of information.