Flight Lieutenant  John D Brodie, who is commemorated on the War Memorial in Strathbrock Church, was one of the crew on the fateful flight.

Five of the crew were photographed  when they were flying a Wellington: 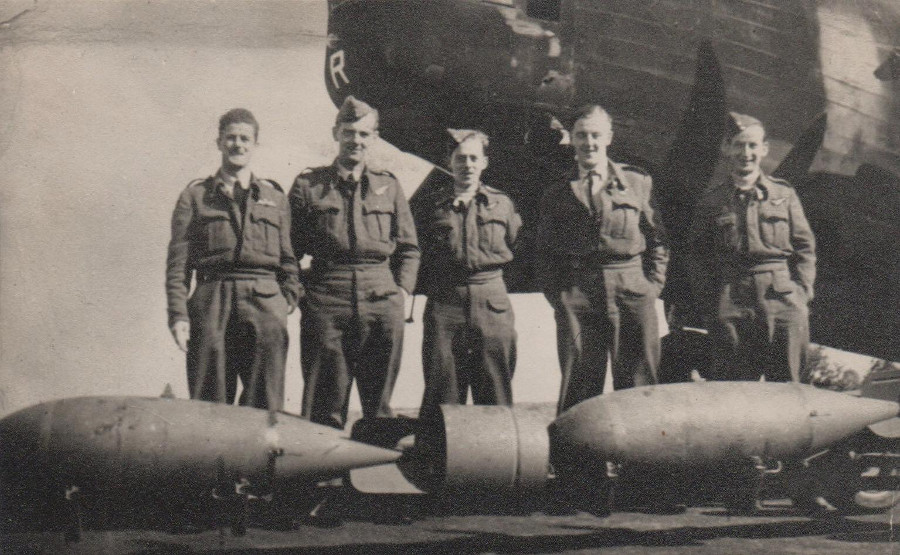 Below is a short newspaper article which must have been published shortly after the Lancaster went missing. It gives details about the parents of John D Brodie. 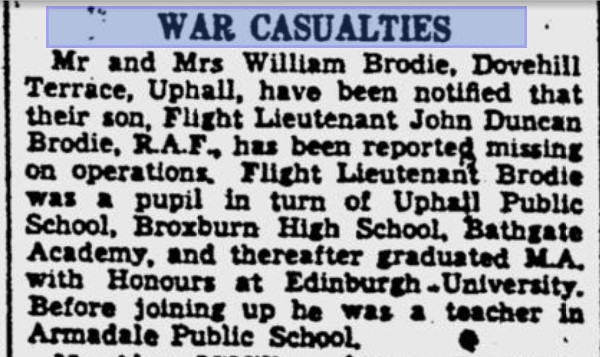