The Wallace Stone is near the road leading to Almondell Country Park from the Drumshoreland cross-roads.  It was erected on the 15th October 1784 by the 11th Earl of Buchan, David Stewart Erskine, and his wife Margaret Fraser on land which they owned.  Its believed to be the oldest surviving memorial to Sir William Wallace.

The Latin inscription translates to "Sacred to the memory of William Wallace October 15th 1784". 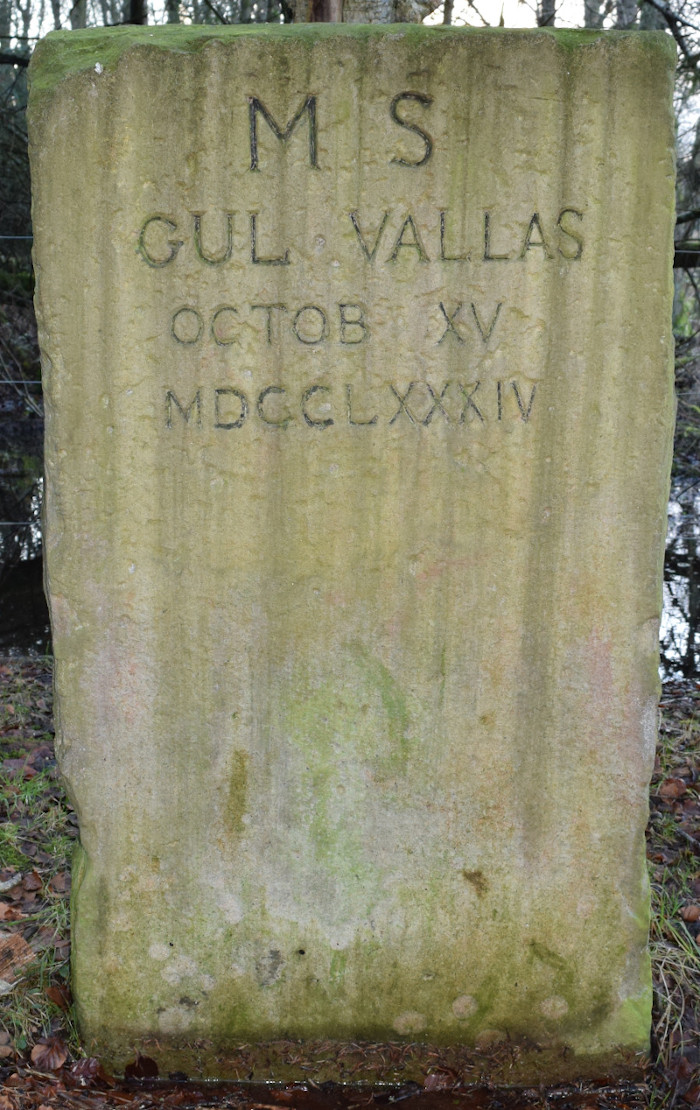 It is said that William Wallace hunted on Drumshoreland Moor and from this spot observed the army of King Edward I who were camped at Temple Liston (Kirkliston) prior to the Battle of Falkirk in July 1298.

The 11th Earl of Buchan was responsible for erecting the statue of William Wallace at Dryburgh in 1814.