Constructed between 1818 and 1823, the Union Canal brought labourers from far and wide. Rev James Primrose, in his book The History and Antiquity of the Parish of Uphall, wrote “This undertaking brought so many labourers of a questionable character about the place, that the parish minister of the day declared ‘they lowered very much the moral tone of the district, from which, he feared, it might never recover’.”!

Opened in 1822, the Union Canal stretches 31 miles from Edinburgh to Falkirk. The Canal quickly became the main transit route for goods, such as coal, to the city of Edinburgh. 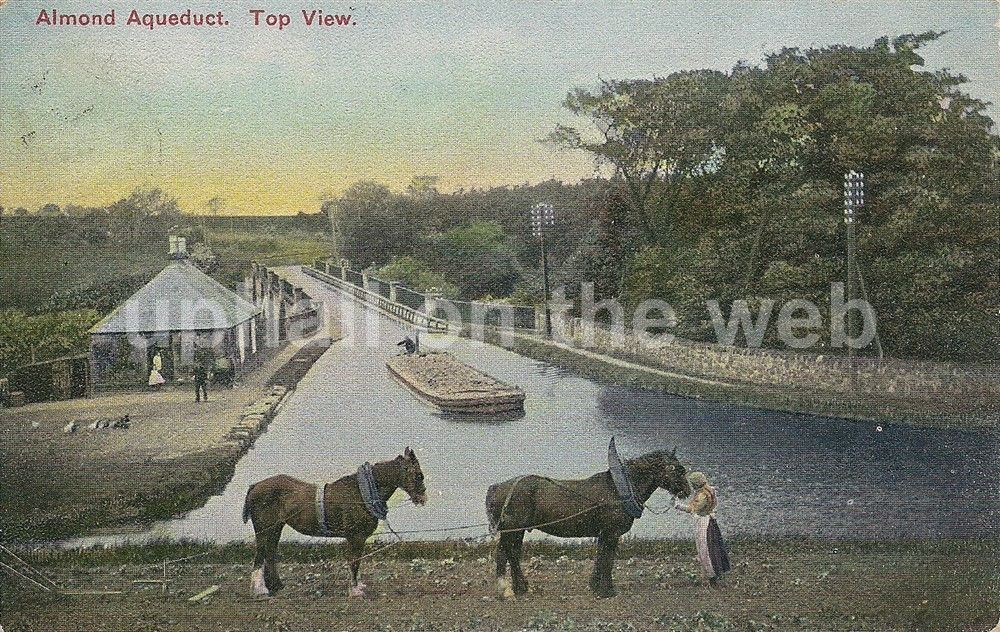 However, with the opening of the Edinburgh to Glasgow Railway Line in 1841-1842, the Union Canal fell into a state of decline and closed to commercial traffic in 1933. It fully closed in 1965.

In 1994, the Millennium Commission awarded £32 million pounds to the Millennium Link project. In one of the biggest engineering projects undertaken by British Waterways, the result was the linking of the Union Canal with the Forth & Clyde Canal by way of a boat lift named the Falkirk Wheel. Work commenced in 1999 and the canals were re-opened in 2001.

The Broxburn & Uphall Community Website Trust depends on donations in order to maintain and develop this community website.