Uphall was growing tremendously in the last four decades of the nineteenth century.  From being a little hamlet of farm-workers, shop-keepers and quarry workers, in 1861, it grew into an industrial village of shale miners and oil workers, and it had its own policeman – an Aberdeen man, Charles Sangster, who stayed somewhere near the Dovehill -  by at least 1871.

With an increase in population, of course, comes an increase in crime, so it was soon felt that a police station was needed.  They had identified a site in Ecclesmachan Road by November 1892, and the police station opened in October 1893.  They didn’t hang about then!  You can see the date of 1893 high up on the east wall.  It provided housing for three policemen and a public counter.  You will see in the picture below a lamp and two gentlemen standing outside the station. 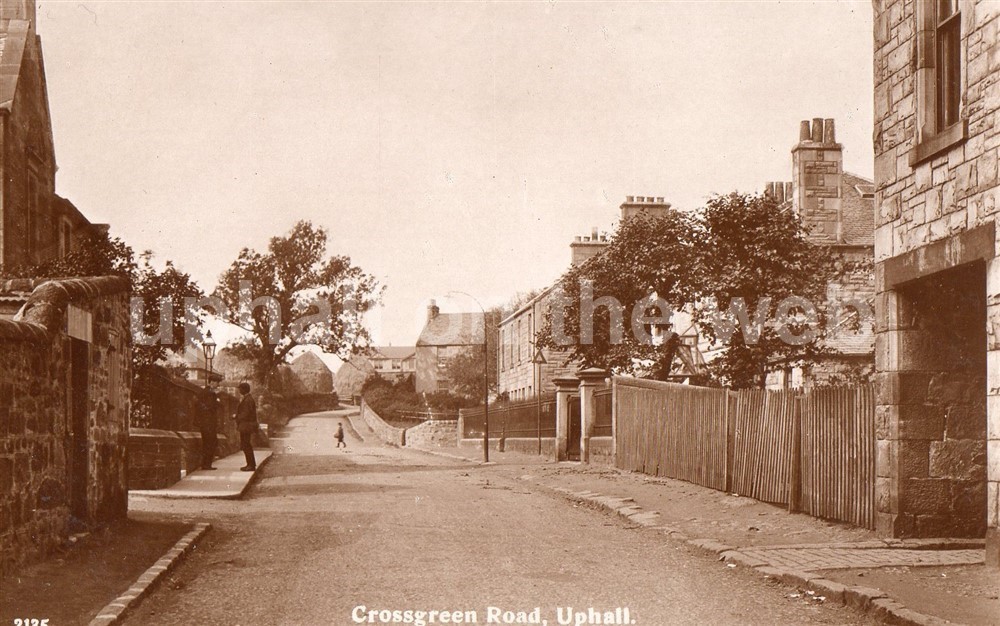 In the 1930s, Sergeant Tully and Constable Stark used to direct traffic at the foot of Ecclesmachan Road on busy days like the Oatridge races (which drew thousands of spectators), and Remembrance Day.  On that Sunday, Captain Shairp of Houstoun led the parade on horseback, followed by cavalry of the Scots Grey and members of the British Legion, up the hill to the service in the North Church.  Mostly, however, there was very little motor traffic, on Sundays especially, and the late Mrs Wilson (daughter of Dr Thomson of the Lindens across the road) remembered playing beds (peevers), and kick the can and other games on the road; and that after the Sunday service in the church, people would walk back down the middle of Ecclesmachan Road to the village.  In the afternoon, all shops and other attractions being closed for the Sabbath, many families would walk to the Lily Burn, the reservoir or up Binny Craig, and then home for high tea. 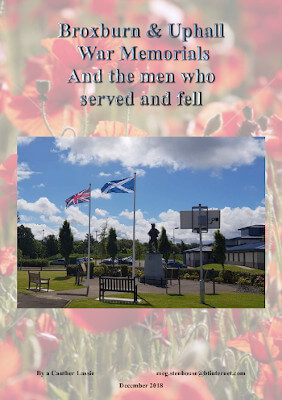 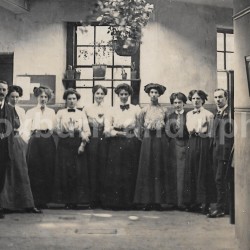 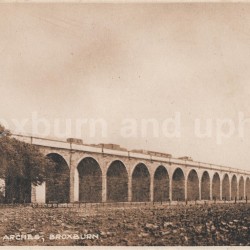 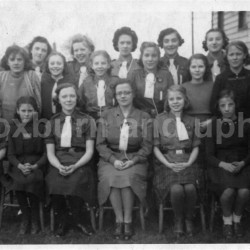