If you'd been standing at the end of the path from Stankards to the Main Street (opposite Arnold Clark) at 6.40 on Sunday 5 August 1945, you might have been in mortal danger.  There was a tremendous thunderstorm, and lightning hit the signal box that stood there.  The windows shattered, and the wood and brickwork exploded outwards, and the wooden platform where the signal man stood to work the levers was forced out of place and turned upside down.  The noise was frightening, but fortunately no one was on duty so no one was hurt, nor any passers-by.  The signal box controlled the pug engine on the mineral line from Uphall to Niddry Oil Works.  It came off the main railway line at Uphall Station, and went up what’s now the line of St Andrews Drive, to Forkneuk shale mine. 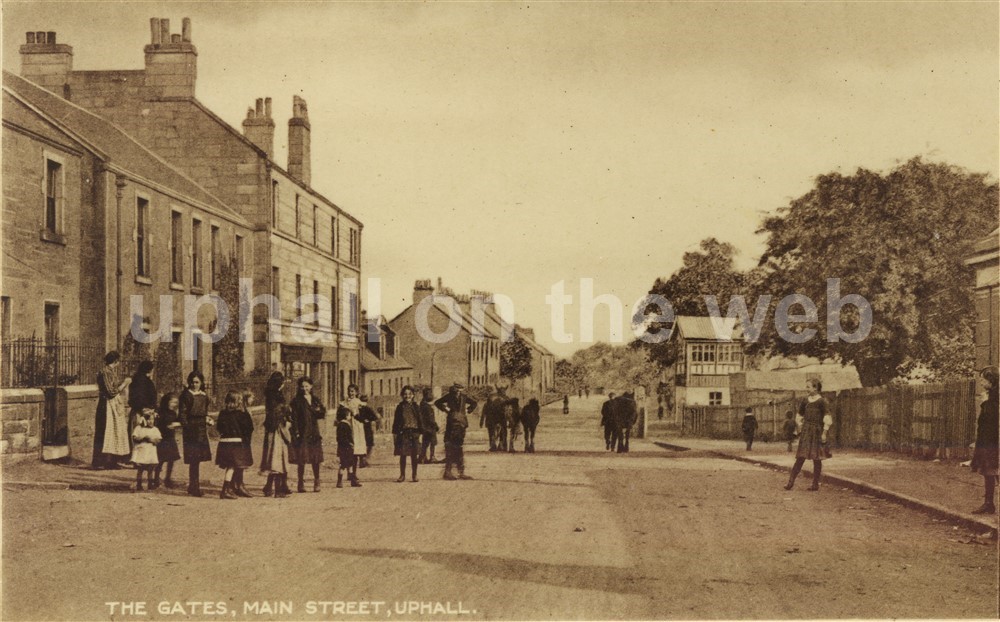 At the end of January 1953, we’d have seen workmen busily at work dismantling the same railway line.  It was built in the 1870s by the Uphall Oil Company, to connect the company’s shale mines and oil works with the main Edinburgh Bathgate railway line near Uphall Station.  In 1884, the Uphall Oil Works was taken over by Young’s Paraffin Light and Mineral Oil Co. who extended the line to serve its shale mines and its oil works – the Hopetoun Oil Works at Niddry near Winchburgh.   Apparently the line took such a wide sweep to reach Niddry for a reason.   The rival Broxburn Oil Company owned the mineral rights on the Strathbrock estate of the Earls of Buchan, so the railway was not allowed to cross any of the rival company’s land.  The last remnant of the Hopetoun oil works was demolished recently – the Corecut building beside Broxburn Bing – now all gone.

The three and half miles of railway line, amazingly, served ten mines and two oil works, as well as the Binny sandstone quarries at Ecclesmachan, and by 1953, not one of them was still functioning.  (Courier 30 Jan 1953, p15)  The Courier was sorry to see it go, as it had been an important part of Uphall life  - ‘How often have its bairns swung on the gates at the level crossing...?  How often have coortin couples traversed its length?  How often do people refer to someone or other being ‘Up the line’?’