Each town and village was supposed to set up a Rest Centre, ‘for the reception of homeless and bombed out families’.  In the Parish of Uphall, we had three such Rest Centres - at the Canon Hoban Memorial Hall, the Community Service Centre and at Uphall Public School.  On the day of the opening of Uphall Rest Centre, on 7 December 1941,  they held a full-scale exercise, as if bombs had dropped on Uphall or round about.  It involved Air Raid Wardens, members of the First Aid Post, and others, and ‘in about 40 minutes, they were ready to receive the homeless.  Altogether about sixty ‘Refugees’ were registered and accommodated’. 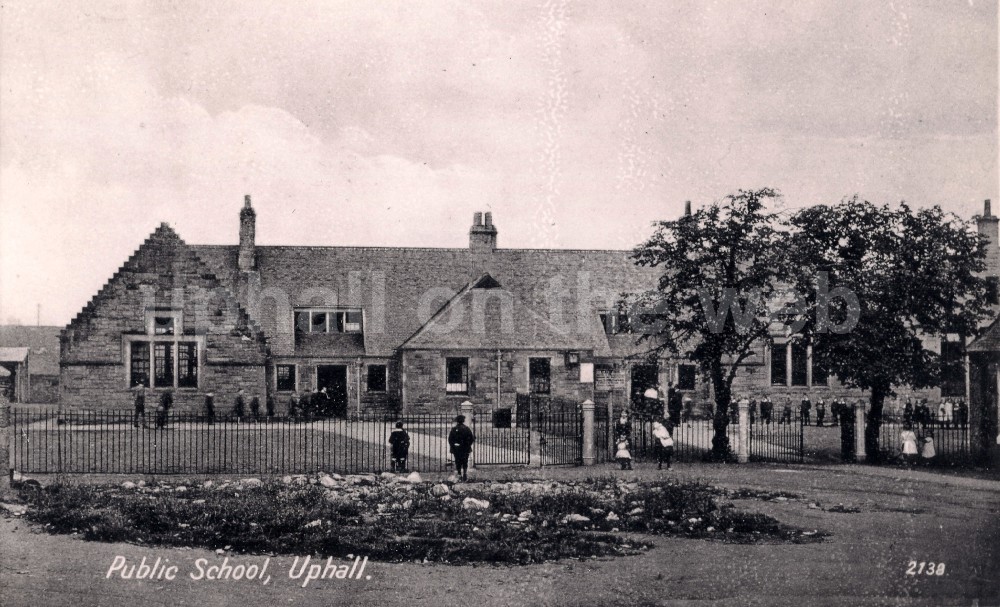 Site of one of three Rest Centres in the old Parish of Uphall.  Image by kind permission of Mr A Meldrum

Fortunately, the Rest Centre was never needed to that purpose.  The nearest bombs fells on Ecclesmachan, Winchburgh and Broxburn Bing, but none on Uphall, and none of these nearby ones caused any civilian casualties.   You can still see two of the bomb craters close to Oatridge Agricultural College at Ecclesmachan, and an outhouse near the school in the centre of Ecclesmachan was destroyed.  The only civilian casualties of the Second World War in West Lothian, were a woman and her grandchild who were sleeping in the flat about the stables at Howden House – in the building that’s now part of the Howden Park Centre. They were asleep when a passing German bomber jettisoned its remaining bombs overheard, and the resulting explosion killed them both.

A few months earlier, in May 1941, Broxburn and Uphall together had opened an ARP Report Centre and Control Room, where the Air Raid Precautions wardens and Civil Defence personnel could coordinate emergency and rescue work in the event of an air raid.  The building even had cleansing and decontamination compartments, locked safely away behind airlocks, and provided with sprays for contaminating people who had come in contact with poisonous gas, and provided with suits of protective clothing.  The walls of the building were 14 inches thick and the roof was six solid inches of cement to withstand bomb blasts.  It makes for chilling reading, but in fact, by December, even by July 1941, the threat of air raids, the blitz and so forth, were all past.  This Report Centre with its decontamination rooms was situated behind the Power Station and Road Depot, which were in the vicinity of what’s now St Nicholas’ Primary School, near the Strathbrock Partnership Centre.